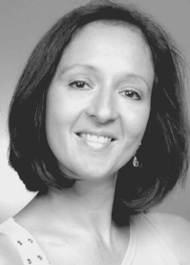 Pamela Merkel
Pamela Merkel (Ballet, Pointe, Pre-ballet & Tap) is the founder and director of Alabama Dance Academy. A highly accomplished teacher, Ms. Merkel's dancers have performed across the globe in Europe and as featured performers at the 2000 Summer Olympic Games in Sydney, Australia. A native of Trenton, NJ, she began her training at the Royal Ballet Centre and continued studying with Harkness House for Ballet Arts and the School of American Ballet in New York City. Ms. Merkel began dancing professionally at the age of 16. She enjoyed a lengthy career with the State of Alabama Ballet and also danced with Atlantic Contemporary Ballet Theatre, Hartford Ballet, and Connecticut Ballet Theatre. Prior to founding the Alabama Dance Academy in 1995, Ms. Merkel taught for the State of Alabama Ballet and the Alabama School of Fine Arts.

​Tammi Carr (Ballet, Pre-pointe, Jazz) has been teaching at Alabama Dance Academy since 1997. She is a graduate of Birmingham-Southern College with a B.A. in Dance with an emphasis in pedagogy and a B.S. in Elementary and Special Education grades K-6. She is currently working on a Master's degree from the University of Alabama at Birmingham in teaching English as a Second Language. A Florida native, Tammi attended the Pinellas County Center for the Arts at Gibbs High School in St. Petersburg. She has also trained with the Atlanta Ballet, Central Pennsylvania Youth Ballet, Miami City Ballet, and Southern Ballet Theatre in Orlando. Tammi has danced with the Atlanta Ballet, Miami City Ballet, and Florida West Ballet. In addition to teaching at Alabama Dance Academy, Ms. Carr is a fifth grade teacher at Oak Mountain Intermediate School in Shelby County.

Jamie Hinson (Ballet, Pointe, Pre-ballet & Tap, Jazz, Lyrical/Contemporary) began her dance training in Huntsville, Alabama at North Alabama Dance Center.  Jamie attended the University of Alabama where she majored in Political Science and Dance, and graduated magna cum laude in 2006. While at UA, Jamie was a member of the Alabama Repertory Dance Theatre and was a  performer and choreographer for Dance Alabama. Jamie’s choreography was twice recognized in the Panoply Choreography Competition.  Jamie's choreography was also the University of Alabama's 2006 selection to the American College Dance Festival. In 2006, Jamie was awarded the Lou Wall Award from the Department of Dance for outstanding contributions to the Department.  In 2009, Jamie was selected by audition to attend Robert Battle's choreography intensive.  Jamie began teaching and choreographing at the Alabama Dance Academy in 2006, and teaches all levels of Ballet, Pointe, Jazz and Lyrical/ Contemporary.  She is a company choreographer for the Jazz and Lyrical Ensembles, and has had her choreography performed at the Alabama Dance Festival, Joffrey Elite Dance Tournament, Universal Ballet Competition, Youth America Grand Prix as well as numerous community events and television programs.  In addition to teaching and choreographing, Jamie received her Juris Doctor degree from the Cumberland School of Law at Samford University in 2009, and has her own estate planning law practice.

Stephanie Davidson (Ballet, Pre-ballet, Tap & Jazz) is starting her sixth year with Alabama Dance Academy. She received her dance training from Conyers School of Ballet in Georgia where she took classes in ballet, pointe, tap, and jazz. She also attended summer intensives at the Conyers School of Ballet, Atlanta School of Ballet, and Joffrey Ballet School in New York. After graduating high school, Stephanie attended Young Harris College. Upon graduating, she joined the faculty at Conyers School of Ballet for ten years. She also has a Bachelors in Music Education from Reinhardt University. Along with teaching classes for Alabama Dance Academy, she is a 4K teacher at Riverchase Day School and elementary choir director at Bluff Park United Methodist Church. Stephanie loves to dance and wants to not only train strong dancers but also instill that love of dance into her students.

Bryn Davis (Ballet, Pointe) is from Hoover, AL and began her training at Alabama Dance Academy under the direction of Pamela Merkel. During the time she attended several summer intensives on scholarship including Pacific Northwest Ballet, American Ballet Theatre (New York), and School of American Ballet. At the age of 17, she moved to Philadelphia to train on full scholarship at The Rock School for Dance Education. The following year she accepted a position with the Professional Division of Pacific Northwest Ballet in Seattle under the direction of Peter Boal. During her two years dancing with PNB, Bryn performed with the corps de ballet in ballets such as Christopher Wheldon's “Carousel: A Dance,” George Balanchine's “Coppelia,” Balanchine's “The Nutcracker,” and Balanchine's “Symphony in C.” She also originated roles in NEXT STEP pieces choreographed by Steven Loch and Kyle Davis in addition to performing Balanchine's “Valse Fantasie” with the PNB School. Since joining Alabama Ballet, Bryn's favorite roles have included Lilac Fairy in “The Sleeping Beauty” and Arabian Coffee and Demi Flower Soloist in Balanchine's “The Nutcracker.” She is excited for her second year of teaching at Alabama Dance Academy and the opportunity to pour back into the studio where she began. Bryn and faculty memberJourny Davis were married in August 2022.

Asha Gangolli (Classic Pilates, Ballet) A native of Evanston IL, Asha began her dance training locally with Kerry Hubata and Bea Rashid. As a student she trained across the U.S. with Houston Ballet, Boston Ballet, and as a trainee with The Joffrey Ballet under the tutelage of Alexei Kremnev and Anna Reznik. During this time she worked and performed with the company in Robert Joffrey’s The Nutcracker, as well as Stanton Welch’s La Bayadere and Krzysztof Pastor’s Romeo and Juliet. Since joining the Alabama Ballet in 2014, Asha has performed soloist roles in Roger Van Fleteren’s Dracula and Cinderella, Frederick Ashton’s Les Patineurs as well as George Balanchine’s The Nutcracker. Asha is a certified Pilates instructor and is on faculty at Aero Joe Pilates.  She teaches group and private lessons in Pilates and Ballet.

Journy Davis (Ballet, Pointe) Born in Fort Hood, TX, and currently dancing with Alabama Ballet, Journy Wilkes Davis began his training under Shannon Greenberg and Dagoberto Nieves in Savannah, GA. Journy joined the Columbia Classical Ballet under the direction of Radenko Pavlovich and in 2010, moved to the Columbia City Ballet under the direction of William Starrett where he was promoted to Principal Dancer. While in Columbia, SC, Journy has danced roles in Mark Diamond’s A Streetcar Named Desire, Paul Taylor’s Company B, Balanchine’s Serenade, Donizetti Variations, Allegro Brilliante, and Stars and Stripes Forever, Lynn Taylor Corbett’s Great Galloping Gottschalk, as well as classics such as Albrecht in Giselle, Romeo in Romeo and Juliet, Prince Desire in The Sleeping Beauty, and Sugarplum Cavalier in the Nutcracker. Journy co-directed, choreographed, and danced in the H.E.R.O. Dance Benefit which partnered with Columbia Music Festival Association to bring professional dancers together for an evening of dance to support and honor our nation’s military and was awarded the South Carolina Art’s Commission Fellowship for Dance Performance. Journy and Bryn Davis, ADA alum and faculty member, were married in August of 2022.
Alexis Blackwell (lyrical) is from Mobile, Al and receiving her training at Robinson's School of Dance in Saraland, Alabama under the direction of Kelly Robinson. Alexis began dancing at the age of 3 and is trained in ballet, contemporary, lyrical, jazz, and hip hop. While at Robinson's, Alexis was a member of their elite competition team, competing and winning at both regional and national events. Alexis is currently a student at UAB where she is a member of the UAB Golden Girls dance team.